For moving about in the real world, robots can crawl along the ground or take to the sky. Both options have disadvantages, with obstacles being a problem on the ground and flying being very energy intensive. What we don’t often see are robots that move along aerial cables, which can offer the best of both worlds for certain use cases. Taking inspiration from a sloth’s slow and efficient movement through the trees, researchers from Georgia Tech created a robot to crawl slowly along a cable network and monitor the world around it, and of course named it Slothbot.

Slothbot trades speed for efficiency, letting it operate for very long periods on solar power alone. It does require the set up and maintenance of a cable network, but that brings the advantage of no obstacles, and the ability to stop and recharge. To us the most interesting feature is the cable switching mechanism, that allows it to navigate its way along a web of interconnected cables.

Ring gears with a section removed hold the upper part of the pulley mechanism, but can rotate it’s opening to the left or right to allow an interconnecting cable to pass through,  The body is in two pieces, with an actuated hinge in the middle to allow it to turn onto a different cable section. Each section of the body also has a powered wheel which pushes up against the cable and moves the robot along slowly. Not surprisingly, researchers say that making the cable switching mechanism reliable is the biggest challenge. It does look like the current design would not work well with thicker cable joints. Watch the video after the break for a better look at the mechanism

Slothbot has been deployed to the Atlanta Botanical Gardens for testing, although judging by the extra pulleys for the shell, it won’t be doing any cable switching. We can think of a number of use cases for this type of robot, like monitoring orchards or warehouse stock. Drop some more ideas in the comments below!

We saw a similar slow-but-steady approach on [rctestflight]’s solar rover, but it had a bit more trouble with obstacles. For another type of robotic sloth, take a look at this cool but slightly creepy climber.

Thanks [Qes] for the tip!

Open Source Stream Deck Does it Without Touch Screens by Kristina Panos
Thursday July 9th, 2020 at 8:11 AM

[Adam Welch] has built macro pads in the past out of pre-fab key matrices and handfuls of Cherry MX clones. But all the stickers and custom keycaps in the world wouldn’t make those macro pads as versatile as a stream deck — those visual shortcut panels with tiny touchscreens for each button that some streamers use to change A/V settings or switch between applications.

Let’s face it, stream decks are expensive. But 0.96″ OLED displays are not, and neither are SMD tactile buttons. Why not imitate a screen deck on the cheap by making it so the screens actuate buttons behind them? [Adam] based this baby on the clever design of [Kilian Gosewisch]’s FreeDeck, and they ended up working together to improve it with a dedicated PCB.

The brains of the operation is an Arduino Pro Micro, which addresses each screen individually via two 74HC4051 mux ICs. Thanks to an SD card module, there’s no need to flash the ‘duino every time you want to change a shortcut or its picture. Even if this deck doesn’t hold up forever, it won’t break the bank to build another one. Poke past the break for the build video, which has all the links you’d need to make your own, including a handy configurator.

There’s more than one way to do a visual macro pad. Here’s one that uses a single screen and splits it Brady Bunch style to match the matrix.

Trim Video Clips on Linux Fast with This New GTK App by Joey Sneddon
Thursday July 9th, 2020 at 6:22 AM 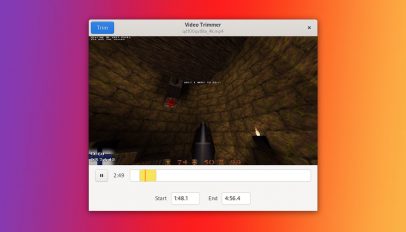 Video Trimmer is an open source video trimming app for Linux desktops. Built in GTK the app has an simple UI and is fast. Learn more in this post.

This post, Trim Video Clips on Linux Fast with This New GTK App is from OMG! Ubuntu!. Do not reproduce elsewhere without permission.

Kingdoms of Amalur: Re-Reckoning releases this September
Thursday July 9th, 2020 at 4:45 AM

The previously-leaked remaster of Kingdoms of Amalur: Reckoning has now been given an official release date - and that's not all, as a brand new expansion has also been announced.

Kingdoms of Amalur: Re-Reckoning will launch on PlayStation 4, Xbox One and PC on 8th September, with the base version costing £34.99. Beyond updated visuals, the remastered RPG also promises "refined gameplay and all new content". There's also a snazzy trailer with portals and horrible monsters, which you can take a look at below.

The new expansion, meanwhile, is called Fatesworn - and will release sometime in 2021. That's all we know about the DLC at the moment, but THQ Nordic says further details will follow.

If you have ever studied the early history  of the GNU/Linux operating system in its many forms, you’ll have read that [Linus Torvalds] developed his first kernel for his Intel 386-based computer. Though the 386 architecture is now ancient, the current Linux kernel can still be compiled for it and many distributions still maintain an i386 branch to provide broad compatibility for later machines able to run i386 code. But what if you were to take a current Linux kernel and stick it on a floppy in a machine from the early 1990s, with meagre RAM? [Fozztex] did just that, with not a 386 but a 486, sporting what would have been an impressive for the time 36MB of RAM. You can watch it in action in the video below the break.

A recent Linux kernel is rarely if ever compiled for something as small as a floppy disk, so getting one to boot from such ancient media appeared to be a challenge. It was possible though with the tinyconfig make option, and after finding a small enough root filesystem courtesy of Aboriginal Linux, a bootable floppy was created. It’s not entirely useful and its sole purpose was to see whether Linux could see a large hard drive on the 486, but it’s still a version 5.6 Linux kernel booting from floppy on an ancient computer. Never complain that your Raspberry Pi Zero is slow again, we’ve come a long way!

Random: Rather Than Pay A Fortune For The Legendary SNES PlayStation, One Man Built His Own
Thursday July 9th, 2020 at 4:41 AM

The dream of the '90s is finally here!

The discovery of the SNES PlayStation sent shockwaves through the gaming community back in 2015. A collaboration between Sony and Nintendo, the unit was intended to meet the challenge of CD-based systems like the Mega CD and TurboDuo, but it was never released; Nintendo infamously left Sony at the altar and signed a deal with rival Philips (which ultimately led to nothing more than a few Nintendo games on the ill-fated Philips CD-i).

Despite the failure of the venture, prototype SNES PlayStations were made by Sony, and the one discovered in 2015 has since been sold for $360,000 USD. That's a lot of loose change for a system which doesn't have much in the way of unique software, so gamer_lafan / LASTFANTASY created his own take on the project. He's even gone as far as to print bespoke spine art for games; check out his copy of King of Fighters '98.

Read the full article on nintendolife.com 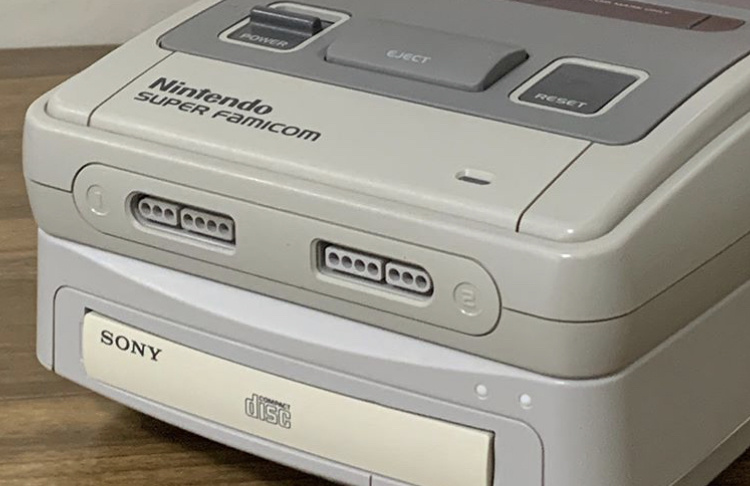